Even with increased legislation, are letting agent standards up to scratch? 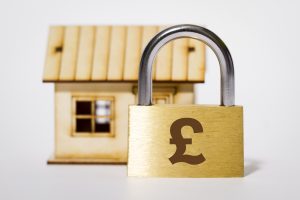 Nothing like a bit of controversy to brighten up your week is there? But in fact, I don’t think ‘standards’ is a topic discussed well enough within the lettings industry

Whether you work in an agency, are a landlord or a tenant, we all have different expectations of agents, and the standards on which they operate espanolviagra.net.

What Standards should we expect?

So what is the right expectation? Good question – and one that you should be able to answer, but right you can’t. Most businesses in England & Wales operate under English Common Law. This is basically ‘unwritten law’ passed by the interpretation of judges, not legislature and therefore not a law until it becomes a law. Part and parcel of that ethos is unregulated industries and for decades the lettings industry has arguably been under-regulated.

How did tenant fees escalate?

Over the years, companies have implemented policies such as tenant fees because nobody told them they couldn’t. Granted, there are industry bodies such as ARLA who try to impose and enforce higher standards – but these are all run by letting agents for letting agents and your average tenant might think that’s actually quite biased. When things do get out of hand, the government step in and enforce legislation – which is what happened with the tenant fee bill.

Instead of internally regulating the industry, companies charged whatever they liked to the tenant. For some, it was a couple of hundred quid and for others (more so in London) was up to and well over a grand! Is that fair? Some might say that the cost of living is higher in the South, and others would suggest you earnt that back in your management fees. Either way, it seems fees didn’t have a ceiling and continued going up and up. 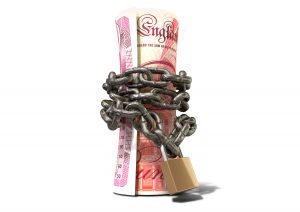 So the government (following strong and effective lobbying from Shelter and other groups) have said enough is enough and instead of capping tenant fees, banned them all together. It was enough to force the industry into panic mode!

Now would that have happened if higher standards were put in place in the first place? If the focus was more towards the client, rather than the business owner’s pockets? If ARLA and other bodies had a unilaterally capped their members’ fees, would there even have been a fee ban?

Personally, I think fees would still be around and it makes you wonder what else agencies could do to be better and ward off future shocks.

How can we manage things differently in future?

Could they be more tenant orientated? Could they be more co-operative with their landlords and could they makes their staff’s lives easier? Without a shadow of a doubt in my opinion. There is so much that can be tidied up, from the front-facing part of the business all the way through to the back office operations, which ultimately dictate the quality of service. From helping tenants move in, to helping staff out with tedious tasks– the list goes on.

If you’ve managed to get to the end of this article. I can imagine there’s a mix of emotions. Good or bad, I’d love to hear your honest feedback. Do you think industry standards still need improvement? What legislation is going to hit the lettings industry next?

High energy, high impact and highly rewarding… and I’m not even an agent!

Like comparing chalk with cheese, I can promise you that Sally Lawson’s ‘Agent Rainmaker Live’ is an event like no other in the industry. It’s raw, charged, highly emotional and surprisingly human!

While most conferences focus on the legislation and politics involved within UK lettings & estate agencies, ARL makes it all about business owners and their staff. It’s funny how we sometimes forget that businesses are made up of people – don’t you agree? 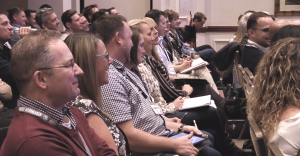 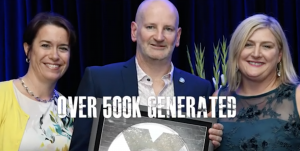 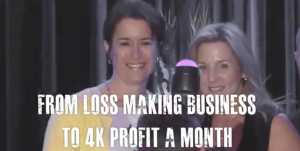 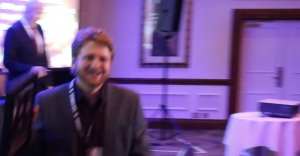 There’s a touch of the U.S.A about ARL…and in a good way too! Last year the event spanned two days and was presented in a Tony Robbins-esque display. People chanted, people cried, people danced (…and some of us almost died for over-indulgence at the bar…) 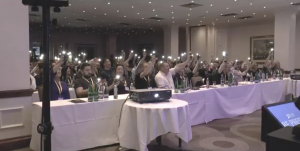 It was loaded with industry speakers, legislation, self-help, an awards ceremony and even an exercise class (which I hope we don’t have to do again this year. I don’t think my legs could take it again after the night before!)

There was plenty in the way of storytelling last year, and you could see from other’s reactions that they identified with what was shared. It was hard hitting and heart-breaking at times and I think plenty took comfort knowing they weren’t alone. 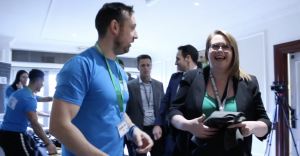 For me, there was nothing more genuine than the story which was shared by a fed-up mum & her son. Now this was no ordinary mum – she was like your mum, a grafter, and relatable in so many ways. She’d been in the industry for a while and once had several offices spread over Wales. Over the years, legislation, poor staff, a grumpy husband and rubbish tenants had left her feeling fed-up and out-of-pocket. She wanted to close down the business and say enough was enough! Her son however didn’t give up on his mum or the business and invested in Sally & her team. A few months later a £60,000 turnover quadrupled to £240,000! It was really touching and left me wondering what my highlight will be this time round. 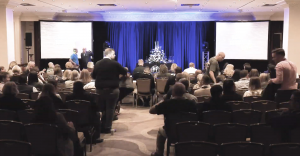 A flash awards & dinner ceremony also ensued at ARL 2018, rounding off the first night. It was a fabulous yet humbling experience that left you hungry for the same success – It’s not often that you hear of people adding £1million to their profits. 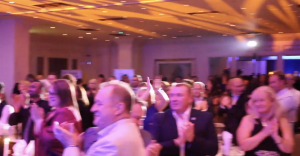 The real cherry on cake, however, came a little later at the charity fundraiser. Now… do you know what happens when you get 250+ agents coming together for one evening of giving? A donation of £30k – that’s what! It was overwhelming and I feel so proud to have been a part of it. It also makes you wonder – what else could be achieved when agents come together? In my opinion, the industry needs collaboration.

What’s more, 2019’s Agent Rainmaker Live is set to span three days, and promises to be even bigger and better.

You can get your tickets by clicking here. 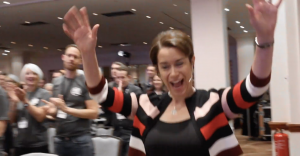 A typical busy lettings office may give out on average 10 keys a day. That is an average of 20 transactions as each key has to be issued and returned. This sounds easy, and it is; after all that’s only an average of three transactions an hour. But just like London buses averages are tricky things.

A bus is scheduled every 10 minutes, but in London you can wait for half an hour and 3 buses will turn up at once. People who need keys are just like that, they arrive together; they often want them at the start of the day, not one or two very hour. Unsurprisingly these are also busy times because other people need attention for phone calls, visits and meetings at the same time. This is when a good key system saves you time, precisely when you need it most.

The average of 10 keys a day can also give you a distorted picture, it makes life look easy over a day, when in truth most activity is concentrated into a few busy times. This can be further distorted when you consider what a daily average of 10 keys means; some days only 1 or 2 keys are issued, on others it can be more than 20, but the average will still be 10.

We created Keyzapp to help people with the promise of making the mundane process of issuing keys easy and enjoyable. This makes it possible for everyone to manage keys, particularly when they are busy and under pressure.

Keyzapp is great for: